Followed gramps for lunch, was planning to eat my bar, but they decided to go to Hong Seng coffee shop in Section 17, Road 17/38 i think..to accomodate me for lunch, and knowing that meant brinjals were in store for lunch, i decided bar shall be a snack, later or something..

Was ALSO planning to just have brinjals there, but i say taters fried with curry leaves! 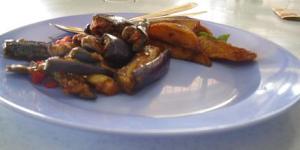 This cost me RM1.50..  brinjals were delish as usual! Taters were alright, i still liked it more the first time i ate it.. 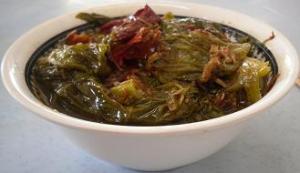 Was nice, but i think they reduced the portion. Also stole some of Grandma’s char siew cos today, the gave lean ones which gramps don’t really like. Had some boiled peanuts Grampa got from the Teochew Porridge stall along with some really really good salted vegetables (Ham Choy).. Sorry no pic! And half a hard boil egg white.

We headed to 1 Utama cos I wanted to drop by Cold Storage to see if they still had cheap cereals.. Turns out, they didn’t have.. Only Corn Pops.. which i didn’t really feel like having. I prefer Ikano’s Cold Storage. But i did buy Gullon whole wheat biscuits-only RM2.99..

Went to Giant Kota Damansara after that cos we had a voucher to use-Akak Jean gave us a RM50 voucher.. Thanks!

Can’t you tell i love grocery shopping? Don’t you?? Which is you favourite aisle?? I know.. strange question. but mine is the cereal and biscuits! but sadly, in Msia, the cereal aisle is quite short. Dear said in Aussie, it’s like one whole aisle just for CEREALS!

Anyway, look what i found!!

I was so delighted!! I always love the clusters only, but they never had it until i found this!!! Just Bunches!Akak Carol will be delighted when i show her this. But i think it’s kinda like granola without the fruits though.. High cal to..2/3 cup is 250 cals.. Anyway, i can use like spoonfuls and mix them in my yoghurt, or ice cream!

So happy.. bought a bunch of other stuff and quite a few bulky items.. Restocked on milk too..

Came home.. cut up a plum hoping it would be riper and tastier.. 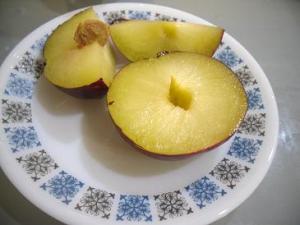 Boy.. it just tasted plain weird.. it’s like on the borderline of being sour and tasteless! I’m never buying China plums again.. I ate half and threw the other.. i just couldn’t down it.

Finished my leftover trail mix.. and a prune.. and stole two prawn crackers from Grampa. Grampa bought Giant brand prawn crackers.RM0.99 but i have to say.. i still prefer Tesco house brand.

And now.. i’m onling blogging.. but i should cut down on online-ing since col has started.. but the books for me to read are not with me.. oh well.. room de-cluttering time then!